Employers often walk into the trap of mishandling situations leading to a settlement agreement being offered.  This can leave you in a very strong position for negotiating an improvement to the settlement terms on offer, as an alternative to you issuing an unfair dismissal claim.  We can help you with this, either by negotiating with your employer on your behalf, or by advising you from behind the scenes.

What Are Settlement Agreements?

Settlement agreements (previously known as compromise agreements) are legally binding agreements between you and your employer which are used to settle a dispute and to prevent you from commencing or continuing with certain tribunal proceedings.

What Are The Legal Requirements?

For a settlement agreement to be legally binding, the following conditions must be met: 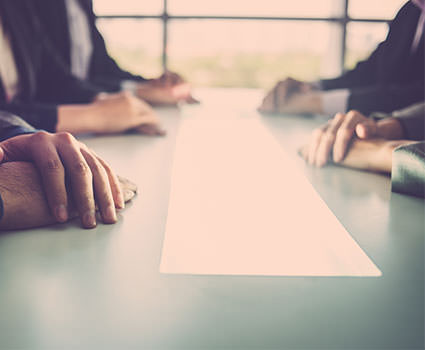 Section 111A of the Employment Rights Act 1996 has, since 29th July 2013, allowed employers and employees to have confidential negotiations aimed at ending an employment relationship on agreed terms, without those discussions being able to be used as evidence in unfair dismissal claims.

Unlike with the existing “without prejudice” principle, there does not need to be an existing dispute between the parties before a Section 111A confidential discussion can be held.

However, there are some key limitations on how employers are able to use Section 111A.  If your employer falls foul of the requirements, the discussions may not be confidential and you may be able to refer to them in any subsequent proceedings in the Employment Tribunal, which could be very damaging to your employer’s ability to defend your claim (and very helpful for your own prospects of success in those proceedings).

The ACAS Code of Practice on Settlement Agreements (“the Code”) sets out the conditions to be satisfied for the discussions to be confidential.

One of the important limitations to Section 111A is that it only applies in relation to ordinary unfair dismissal claims.  It will also not apply where one of the parties engages in improper behaviour, examples of which are set out in the Code.  An example of improper behaviour by an employer would be telling the employee that they will be dismissed unless they accept the deal on offer.

We can help you by identifying any procedural mistakes that your employer has made and helping you to use those mistakes as leverage in the negotiations relating to the settlement terms on offer, whether we are conducting those negotiations on your behalf, or advising you throughout behind the scenes.

If you need any guidance regarding settlement agreements, please contact a member of our team.

Important Changes to the Fit Note