Home / All Posts / Updates and Guides / Changes to Immigration Rules 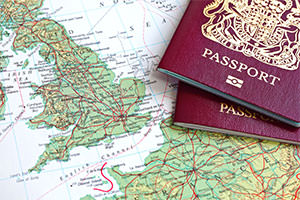 On 31st March 2009 the Labour Government introduced the biggest overhaul in immigration rules for 45 years, with the introduction of a new Australian-style points based system which was designed to ensure that only workers who have skills that cannot be found within the European Economic Area (the European Union and Iceland, Lichtenstein and Norway) are allowed to work in the UK.

Since taking office in 2010, the present Government has announced a number of changes to the Immigration Rules, which came into effect from 6th April 2011, many of which affect businesses.  This has basically consisted of restricting the categories and numbers of workers who will be permitted entry to work in the UK from outside the EEA: we will deal with those changes later in this guidance note.

First, a re-cap of the immigration rules introduced in March 2009:

Employers wishing to employ workers from outside the EEA must register with the UK Border Agency as sponsors.  Preferential treatment will be given to sponsors who can demonstrate that they have clear and robust human resource systems and that the foreign workers they wish to employ are at NVQ3 level or above.

Sponsoring employers have specific responsibilities for keeping track of their migrant workers and are required to notify the Border Agency if any of its workers fail to comply with any of the terms of their certificates of sponsorship (which replaced the work permit system).  There are stringent fines for companies that fail to comply with their responsibilities and they may have their status as a sponsor removed, so that they are no longer permitted to employ migrant workers.

Objective of the Immigration Rules

The last Government estimates that the changes would reduce the number of jobs open to migrant workers from one million to 700,000 and said at the time that one of the main purposes of the changes was to increase the opportunities for British jobseekers and ‘upskill’ the UK workforce, by encouraging businesses to develop training strategies and look beyond migration for new recruits.

While the skills tests under most tiers of the new points system were not more difficult to satisfy than they were under the pre-November 2008 work permit system (where there was a need to demonstrate that the job being offered to a migrant worker cannot be filled by recruitment within the EEA), the responsibilities on employers of migrant workers has increased substantially and penalties for failing to discharge them can be draconian.

From 6th April 2011, the Government has sought to further restrict the number of non-EEA citizens gaining access to the UK for work purposes. I t has done this through a number of ‘tweaks’ to the existing immigration rules, including:-

The last of these is presumably designed so as to limit the number of long-term staff being permitted entry under the category which, taken with the other changes, will considerably restrict the availability of UK companies to hire non-EEA workers.

N.B THE CONTENTS OF THIS GUIDE ARE INTENDED FOR GUIDANCE FOR READERS.  IT CAN BE NO SUBSTITUTE FOR CONSIDERED ADVICE ON SPECIFIC PROBLEMS.  CONSEQUENTLY, WE CANNOT ACCEPT RESPONSIBILITY FOR THIS INFORMATION, ERRORS, OR MATTERS AFFECTED BY SUBSEQUENT LEGISLATION.

The World Health Organisation (WHO) has declared Coronavirus (COVID-19) a Public Health Emergency of International Concern, and on 28th February...

The following guidance for employees is being reviewed and updated daily and does not constitute legal advice. The government guidance is...