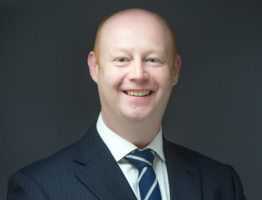 Welcome to the first of this year’s Employment Law Snapshots.

The case that I’ll be looking at in this article deals with the controversial topic of the rules surrounding the disclosure of documentation in Employment Tribunal proceedings between claimants and their non-lawyer advisers. This is a topic that is important to all employers because it impacts on the way that they should act in any employment situation that could, potentially, end up being litigious (i.e. most dealings with employees where there are disciplinary or grievance aspects). It is important that managers are aware of the sort of information (notes, emails, letters, minutes) that may have to be disclosed at a later date in tribunal proceedings.

The case is called Dhanda v TSB Bank and the judgement of the Employment Appeal Tribunal was delivered just before Christmas. In this particular case, the EAT looked at how a tribunal should deal with an employer’s application for disclosure of correspondence between an employee and her trade union.

By way of background, the law says that an Employment Tribunal has the power to order one party to disclose documents to the other party in tribunal proceedings if the disclosure is necessary to fairly dispose of the case.

In some circumstances, documents can be exempt from disclosure when they are classed as ‘privileged’. This generally covers documents between a party and their legal adviser or documents that are privileged because litigation has either started or is contemplated.

In the Dhanda case, the claimant was a branch manager at TSB Bank and she was dismissed for gross misconduct. During the disciplinary process she received advice and representation from her trade union. She was also represented by her trade union in her ensuing Employment Tribunal claim for wrongful and unfair dismissal.

After the Employment Tribunal proceedings had started, the solicitors representing the bank wrote to the trade union to seek disclosure of all relevant documents (including emails and meeting notes) between the claimant and her union representatives. The union was also asked to disclose internal union correspondence that was relevant to the case.

The rationale behind the judge’s decision was that the bank wanted to look at the documents to see if there were any admissions by the claimant regarding the alleged misconduct and that any comments or admissions would be relevant to the case.

The claimant appealed the judge’s decision to the EAT.

The EAT allowed the claimant’s appeal.

In simple terms, the EAT said that it could not see how all the documentation passing between the claimant and her union could be relevant, because in order for a document to be relevant, it would have to contain comments or admissions by the claimant with regard to the allegations against her. On this basis, the EAT said that the original tribunal had not applied the correct test. Moreover, the EAT said an order for disclosure of all documentation so that the bank could see whether there might be evidence of an admission by the claimant, was nothing more than “a warrant to conduct a fishing expedition”.

At the end of the judgement, the EAT overturned the original disclosure order and said that if the bank wanted to submit a new application for disclosure, it had to specifically identify a list of the disputed factual issues to which the documents sought may potentially be relevant. If the bank did this, the employment judge should inspect the documents and decide which documents were both relevant to the case and also necessary for the fair disposal of the case.

At face value, the outcome of this case is good news for claimants and unions, to the extent that it hampers employers to go on a ‘fishing expedition’ by looking at bundles of documents to try and find some useful and relevant evidence.

However, the comfort from this case only goes so far. Both employees and employers should not lose sight of the fact that seeking advice from or corresponding with third parties who are not lawyers, such as trade unions, external consultants or (as is often the case with employers) internal employee colleagues are still extremely vulnerable to being disclosed in employment tribunal litigation.

Both employees and employers should not forget that a tribunal judge has the ability to look at any document created between one party and non-lawyer third parties and decide if it is relevant to the case, and if it is, the judge can order its disclosure to the other party. The best way for managers to approach this is to imagine any email/letter they send or note they make, being read by a Judge and to consider whether they would be comfortable with that.  Even though I say so myself, legal privilege that attaches to communications between a lawyer and the client can be an extremely useful shield.

Over the years, I have advised lots of employers on the often tricky issue about whether or not to suspend an employee when they are facing misconduct allegations. Given the peculiarities of human nature, it’s fair to say that it takes a lot to shock me when it comes to the sort of things that employees get up to at work (I really wish that I could tell you some of my anecdotes – damned client confidentiality!!).

However, I think that we can all agree that this particular incident (reported in the USA recently) certainly merited the employees being ‘suspended pending further investigation’.The incident in question took place in the skies over Washington State a couple of months ago. It involved a US Navy air crew flying a fighter plane on a training mission. Witnesses on the ground reported that the plane was flown in such a way that its exhaust fumes created a vapour trail in the shape of what can only be described as an enormous, err… how to I diplomatically put this…. ‘Phallic symbol’. I would pay good money to read the letter suspending the pilots for their cock-up….. (no pun intended).

Roger. Over and out.