As you will probably be aware if you are a regular reader, the calculation of holiday pay is an area of employment law which is continuing to evolve, with courts attempting to clarify how employers should be calculating holiday entitlements.

In the case of Brazel v The Harpur Trust, the Court of Appeal addressed how employers should calculate accrued holiday pay for employees who don’t work for large parts of the year.

Spoiler alert: Brazel v The Harpur Trust concludes that this method of calculation is incorrect for certain types of workers.

The employee in question, Ms Brazel, was a part-time music tutor employed by The Harper Trust (“Trust”).  Ms Brazel did not work a full working week in the traditional part-time sense.  She typically taught between 20-30 half-hour lessons per week.  The important aspect of this case was that, for large parts of the year, Ms Brazel had no work at all.  She didn’t give any lessons during school holidays, although she was still employed on a permanent contract throughout the holidays.

To describe Ms Brazel’s particular type of part-time work, the Court of Appeal coined a new phrase – a “part year worker” (as opposed to a “full-year worker” – someone who works all year save for annual leave entitlement).

Just like any other employee, Ms Brazel was entitled to 5.6 weeks’ paid annual leave.  However, since the school holidays are far longer than 5.6 weeks, neither she nor the Trust thought it necessary to explicitly designate any particular parts of the school holidays as statutory leave. Instead, by agreement, the Trust made three equal payments in respect of Ms Brazel’s leave at the end of April, August and December.

This would appear to be a logical approach.  The Trust made these three holiday payments in accordance with the Acas guidance for staff who work on a casual basis or irregular hours, simply calculating Ms Brazel’s earnings at the end of a term in accordance with the 12.07% method and paying her one-third of 12.07% of that figure.

To illustrate the issue in this case, let’s say a full-year casual worker worked 20 hours per week every working week of the year at £10 per hour.  The casual worker’s holiday entitlement could be calculated as follows:

In line with this calculation, a part-year worker’s holiday entitlement would be as follows:

However, Ms Brazel argued that this method put her at a disadvantage.  She said that her holiday pay should be calculated by using the statutory method of calculating a week’s pay by taking the average weekly remuneration for the twelve weeks prior to the annual leave; and then, multiplying it by 5.6.  As you can see from the following example, this would result in the part-year worker receiving a higher amount of holiday pay (the same as a full-year worker): 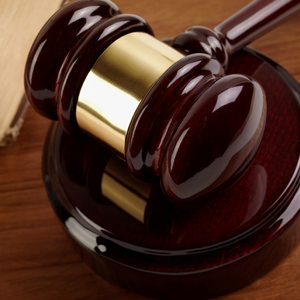 In essence, the Court of Appeal had to decide whether Ms Brazel’s holiday pay should be reduced on a pro rata basis to reflect the fact that she was a “part year worker” (the Trust’s method), or whether her holiday entitlement should be calculated in the same way as a full-time employee (Ms Brazel’s method).

The Court of Appeal held that there was no requirement to implement a pro rata principal in a situation where an employee works for part of the year, such as Ms Brazel.  The Court of Appeal decided that the calculation is (allegedly) a straightforward exercise, that is, Ms Brazel was correct and holiday pay should be determined by calculating a week’s pay by taking the average weekly remuneration for the twelve weeks prior to the annual leave; and then, multiplying it by 5.6 (even if this results in “part-year” workers receiving a higher proportion of their annual earnings as holiday pay when compared to full-time employees).

As a result of this case, those who currently use the 12.07% approach to pay holiday to their zero hours staff with permanent contracts should consider adapting the way that holiday pay is calculated.  It is important to remember that the 12.07% method was never prescribed by the legislation.  It is a rule of thumb designed to simplify the calculations of holiday for those with irregular hours.  This case has not changed the law as such, but highlighted a problem that already existed in relation to the 12.07% method of calculating holiday pay.

If your business is still using this method you could consider performing a reconciliation at the end of each year (and at the end of a contract) to ensure, in retrospect, that no workers have been underpaid their holiday pay.

However, the Court of Appeal made it clear that holiday pay for “part-year” workers should be calculated by assessing average remuneration over the previous 12 weeks (soon to be 52 weeks from April 2020) and multiplying that by 5.6.  Acas and www.gov.uk have updated its guidance to reflect this case.

I run a regularly updated blog on holiday pay which can be found here.