Jess Varnish accusations of bullying and discrimination in the competitive cycling world – is this the real story?

Jess Varnish accusations of bullying and discrimination in the competitive cycling world – is this the real story? 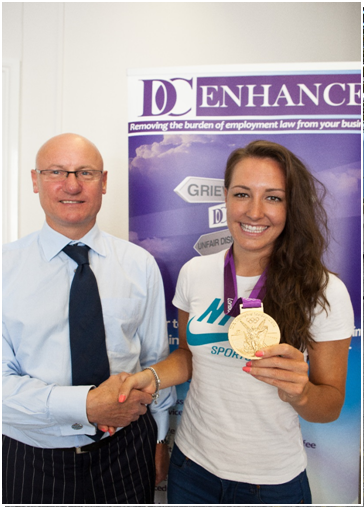 The current case brought by former Olympic cyclist Jess Varnish in the Employment Tribunal (currently in progress) has again raised the question of whether one of sports’ employers or governing bodies (in this case, British Cycling and UK Sport) has allowed its athletes to be bullied and discriminated against. Similar allegations have previously been made by Paralympic swimmers and, most recently, by football players.

But are the allegations of bullying the real story behind Jess Varnish’ case? Newspaper headlines certainly suggest it is, but employment lawyers across the country are waking up the realisation that the outcome of this case could change the landscape of employment law and workers rights.

Jess Varnish became a member of British Cycling’s Olympic Development Squad, which is funded by UK Sport, at the age of 17, in 2007. She quickly developed as an extremely talented track cyclist, setting new world record sprint times (with her team racing partner, Victoria Pendleton), taking Gold Medals at British and European championships, winning World Cup events and finishing just outside the medals at the 2012 Olympics.

However, in 2016 her contract with British Cycling was terminated and she claimed that, in the previous 2 years, she had been subjected to bullying and sex discrimination by the organisation’s Performance Director. This is the subject of the current Employment Tribunal proceedings.

Before even considering the bullying allegations (which are hotly disputed), Jess first needs to establish that the Employment Tribunal has jurisdiction to even hear her case, which turns on whether or not she was an ‘employee’ or a ‘worker’ of either British Cycling or UK Sport. If she was neither, she cannot make an unfair dismissal claim or a discrimination claim. If she was a ‘worker’ but not an ‘employee’, she can bring a sex discrimination claim.

Whatever the outcome of Jess’ case (expected early next week), the case is likely to go to the higher appeal courts because of the ground-breaking implications of amateur sports men and women having workers’ rights against their clubs or governing bodies, giving them (at the very least) rights not to be discriminated against, the right to minimum wages and paid holiday leave and protection against detrimental treatment for whistleblowing.

What is an ‘employee’ and a ‘worker’?

An employee is someone who works under a contract of employment (or ‘contract of service’, in legal parlance) and will normally receive payment from the employer in return for providing work or services.

But it doesn’t stop there. An employee is required to provide personal service, meaning that they can’t delegate the performance of their tasks to others (so-called ‘substitution’) and there will normally be a high degree of control by the employer over the manner in which they conduct themselves while working and in how they perform their duties. The tests for employment status date back to the ancient concept of ‘master and servant’.

A ‘worker’, on the other hand, is someone who personally provides services to another party, but not as an employee, nor as someone supplying their services to a client or customer as part of the individual’s business or profession. This last category of persons is generally referred to as ‘genuinely self-employed’ (or as ‘in business on their own account’) and is most commonly distinguished from a ‘worker’ by having a genuine right of substitution (ie can send someone else along to perform the services).

All abundantly clear so far, then!

The distinction is important. An ‘employee’ has a range of rights enforceable against their employer, including the right to claim unfair dismissal after 2 years’ continuous employment and family-friendly rights, such as the right to paid maternity leave. A ‘worker’, on the other hand, does not have these rights, although they are protected by discrimination and whistleblowing law and have other limited rights common to those of employees, such as the right to receive the statutory minimum wage for all hours worked, and the right to paid annual leave.

The distinction between, on the one hand, a ‘worker’ who is an ‘employee’, and on the other hand a ‘worker’ who is not an ‘employee’, is often a very fine one and can sometimes only be determined by finely balancing factors such as the degree of control the Recipient has over the ‘worker’, whether the ‘worker’ and the Recipient have mutual obligations to each other (so-called ‘mutuality of obligation’), the degree to which the ‘worker’ is integrated into the Recipient’s organisation (the ‘integration test’), and whether (and to what extent) the individual has a genuine right of substitution.

If is ultimately found that Jess is neither an ‘employee’ nor a ‘worker’, she (and probably all other amateur athletes) will have none of these rights. This outcome could arise if the Tribunal decides that she was either genuinely self-employed, or merely a volunteer receiving nothing more from the governing bodies than the reimbursement of her expenses.

This is why there has been a rush of cases over the past few years, where Uber taxi drivers, City Sprint couriers, Pimlico plumbers, Deliveroo cyclists and many others have challenged the claims by the Recipients’ that the individuals were ‘genuinely self-employed’, rather than being ‘workers’ or ‘employees’. For the most part, the individuals have successfully established that they are at least ‘workers’ and, in some cases, ‘employees’.

So, turning back to Jess Varnish’s case. She was paid a ‘grant’ to cover her living expenses while on the Olympic Development Squad, provided with accommodation and, according to her statement, was subject to a high degree of control and restrictions on her life activities by those bodies, that she was closely integrated into the organisations (being required to make public appearances as one of their ambassadors) and that there was (she says) ‘mutuality of obligation’ between them. Obviously, she was required to perform her ‘services’ personally.

The arguments in the Employment Tribunal (fought out by two of the country’s leading employment law QCs) are currently concerned with these ‘status’ tests, rather than the issue of whether Jess was subjected to bullying and harassment, or unfairly dismissed.

The Olympic (and other) successes of the British Cycling stars over the past 10 years or so has been achieved through remarkable advances in training, diet and exercise techniques, as well as world-leading equipment advances. Lots of little factors have contributed to the huge gains in performance, which have been termed as ‘marginal gains’. These marginal gains have also been used to great success in professional road racing cycling teams, the Sky Team (with its Tour de France champions Bradley Wiggins, Chris Froom and now Geraint Thomas) being the leading exponent of them.

In order to achieve these ‘marginal gains’, the cyclists have to undergo disciplined, rigorous and highly scrutinised training and dietary regimes, which (it is argued) results in a very high degree of control over the individual cyclist, as well as their integration into the team from the general public’s point of view, and extensive restrictions on their lifestyle and income-generation choices.

Jess Varnish can only succeed in her unfair dismissal claim if she can establish that she was an ‘employee’ of British Cycling or UK Sport, although she may still be able to pursue her sex discrimination claim, if it is established that she was a ‘worker’ rather than being ‘genuinely self-employed’, or an unpaid volunteer (who also would have no rights that could be pursued in an Employment Tribunal).

Given that world-class amateur athletes represent their country and bring huge health and environmental benefits to it (for example, the massive increase in cycling in this country), as well as world-wide entertainment and prestige, it is difficult to see how athletes like Jess Varnish can be perceived to be merely volunteers, pursuing glory just for their advancement.

It is also difficult to see how such athletes, who must (if they are to remain in the Olympic development squad) follow such rigorous and disciplined regimes (both sporting and personal) can be seen as entirely independent of their sporting body such that they are genuinely self-employed.

The involvement of such eminent QCs in this case is rare in the Employment Tribunal and is a clear sign that the parties expect this dispute to make its way to the higher courts, because of the enormous implications for other athletes and, indeed, many other ‘gig’ economy workers.

The Job Support Scheme was announced by the Chancellor of the Exchequer, Rishi Sunak, on 24th September following pressure to provide help for...