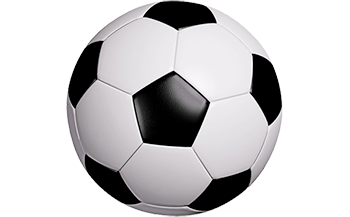 Welcome to Issue 3 of my Employment Law Snapshot.

This week, the law has been getting in the way of a significant amount of great sport on the goggle-box.

Firstly, there was Andy ‘Charisma’ Murray’s sad defeat at the hands of Federer in the Wimbledon semi-final, closely followed by a fabulous few days of Aussie bashing in the cricket and rounded off with Chris Froome dominating in the Tour de France.

That said, I was devastated to hear that England lost to Germany in the World Marbles Championships.

Anyway, my sporting references are a rather clumsy attempt to find a tenuous link to this week’s case which involved a professional football club’s attempt to avoid paying one of its senior managers a hefty notice payment.

If you want to find out whether the club succeeded, read on……

This week’s case is called Williams v Leeds United Football Club. Mr Williams was the technical director of the football club for 7 years until his summary dismissal for gross misconduct in 2013. His salary was £200,000 a year and he had the benefit of a 12 month notice period.

In 2013, the football club started a restructuring programme. On 23rd July 2013 Mr Williams was given notice of redundancy.

On the next day, the football club wrote to Mr Williams and accused him of gross misconduct. The key allegation was that he had forwarded an email containing pornographic images to a friend at another football club in 2008 (5 years earlier). On 30th July 2013 he was summarily dismissed without notice or pay in lieu of notice.

Mr Williams sued the football club for breach of contract for his 12 months’ notice pay and a statutory redundancy payment.

So far, so clear, but in this case a few interesting things came to light in the course of the proceedings in the High Court.

Firstly, after the football club had filed its defence in the High Court, it discovered that on the same day that Mr Williams had forwarded the lewd email back in 2008, he had also sent it to a junior female employee at the club and to another friend at a different football club. So, the club amended its defence to include this new piece of information.

In addition, the High Court found as a matter of fact that on 18th July 2013 (that’s five days before Mr Williams was served with his redundancy notice) the senior managers at the football club had already decided to try to find a way to avoid paying him his 12 months’ notice pay. In order to do this, the club decided to try to find some evidence that he’d committed an act of gross misconduct during his time with the club. This included hiring a forensic computer expert to check his computer.

The computer expert discovered the inappropriate email on the day after Mr Williams was given notice of redundancy.

Mr Williams tried to argue that, because of the way the club had tried to avoid paying him his notice and the amount of time that passed since sending the email and his dismissal, he should still be entitled to his notice pay.

Firstly, the High Court did not accept Mr Williams’ argument that, because he’d worked for the football club for over five years after sending the lewd email, it couldn’t amount to a breach of contract. The High Court said that the real issue was whether his conduct was sufficiently serious to amount to a serious breach of contract at the point when the football club found out about it.

Interestingly, the High Court said that if the club had known about the lewd email when Mr Williams was served with his redundancy notice, any potential breach of contract would have been affirmed (or waived) by the football club, so it would have had to have paid him the notice pay.

Finally, the High Court decided that the fact that the football club had (a) actively decided to go on a fishing exercise to try and find something to avoid paying the notice pay and (b) that it had already decided not to pay him before they knew about the email and (c) this all occurred before Mr Williams was given notice of redundancy; it STILL didn’t prevent the club from using Mr Williams’ serious breach of contract to summarily dismiss him when the email was discovered.

Ultimately, the High Court concluded that his actions amounted to a serious breach of the implied term of trust and confidence which entitled the football club to dismiss him. In coming to this conclusion, the High Court took into account the fact that Mr Williams was a very senior manager; the images were capable of causing offence; sending them to a female employee might have resulted in a sexual harassment claim and the football club’s reputation could have been seriously damaged. Therefore, the club was entitled not to pay Mr Williams any notice pay.

So, the moral of the story is that employees will still remain vulnerable to historic acts of misconduct that are discovered late in the day by their employer, even after they have been given notice for an unrelated reason. That said, it’s still slightly surprising that the High Court were as sympathetic as they were to the club, given their motivation to find a reason to avoid paying Mr Williams a significant sum of money. As such, fishing expeditions are still quite a risky exercise to pursue and it’s certainly worthwhile getting some proper advice before doing it, particularly when a lot of money is at stake.

This week, you will probably have missed the fact that America celebrated National Nude Day. Some employers decided to embrace this important event at work. The best example involved a television station called Fox17 which managed to embarrass its presenters live on air, when their floor director suddenly appeared in the buff in front of them!

Thankfully, he was facing the presenters, so the viewers only got the ‘benefit’ of the dodgy tan lines on his back.

If you want to know whether the employment team at DC participated in this auspicious day, well… you’ll just have to watch our videocast of this week’s Employment Law Snapshot: